Planning to go on a date? Ditching the traditional red for black may help you find love and land a potential mate. According to a study, black beats red as the colour of choice when it comes to finding new love. The study suggested that red increases the perceived sexual receptivity of the wearer, while black increases how fashionable the person is thought to be.

“Red is traditionally seen as the colour of love but more recently research has shown that both black and red are perceived as equally attractive and that the two colours may simply increase attractiveness in different ways,” said lead researcher Robin Kramer, from Britain’s University of Lincoln.

“While red may increase perceived attractiveness through evolutionary mechanisms, dates appear to rely more heavily on black in order to attract a potential mate, suggesting that cultural and societal influences may play a much larger role in the way people dress than the use of evolutionary signals.”

The findings, published in the journal Evolutionary Psychology, are based on the British TV series “First Dates”, which shows that single people wear more of the darker hue when meeting a potential partner for the first time.
The study examined the dressing habits of 546 people across six series of the show and found that both men and women wore more red clothing during the date scenario compared with the pre-date interview.

However, there was a larger increase in the amount of black clothing on display – for example, black shoes, trousers, and dresses – during the dates. The researchers also found that more black than red was worn overall in both contexts.The increase in red and black worn on the date itself was found for both heterosexual and same-sex dates. 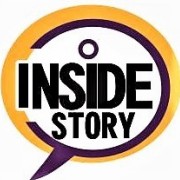